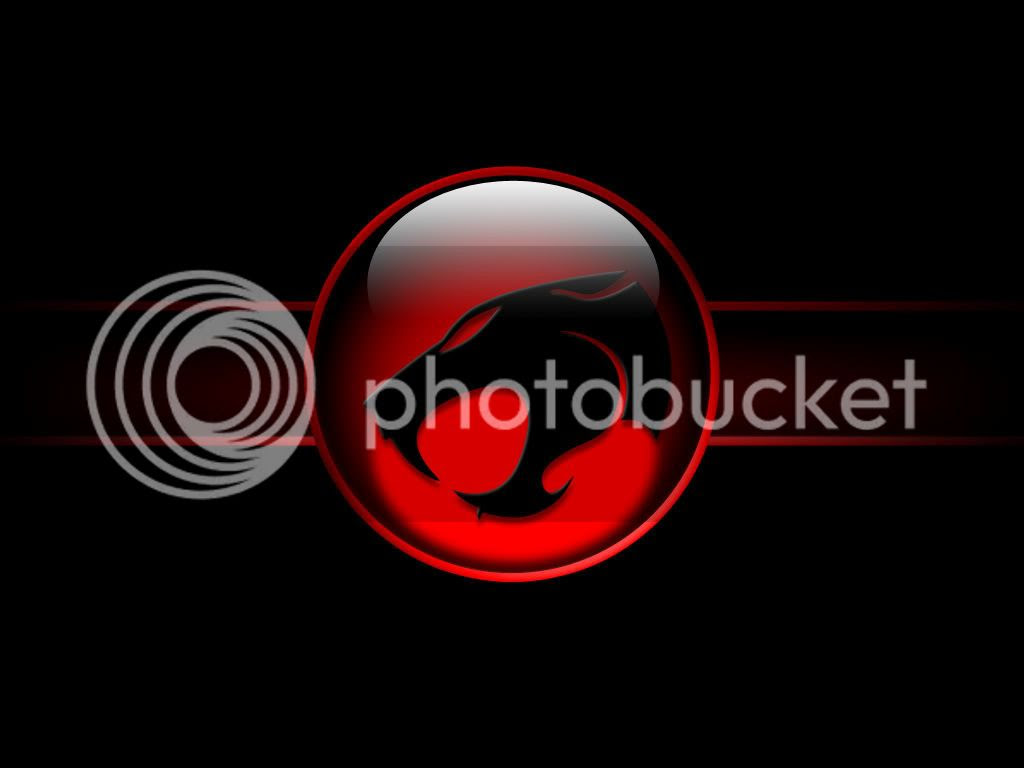 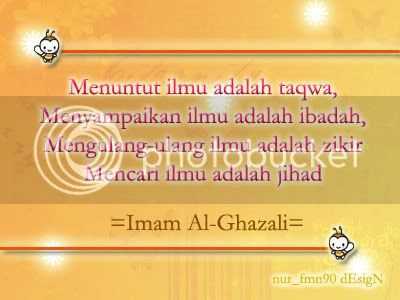 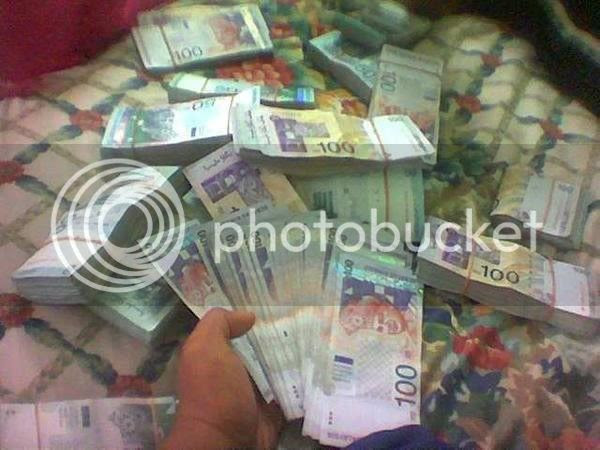 ++ A Letter From Gaza 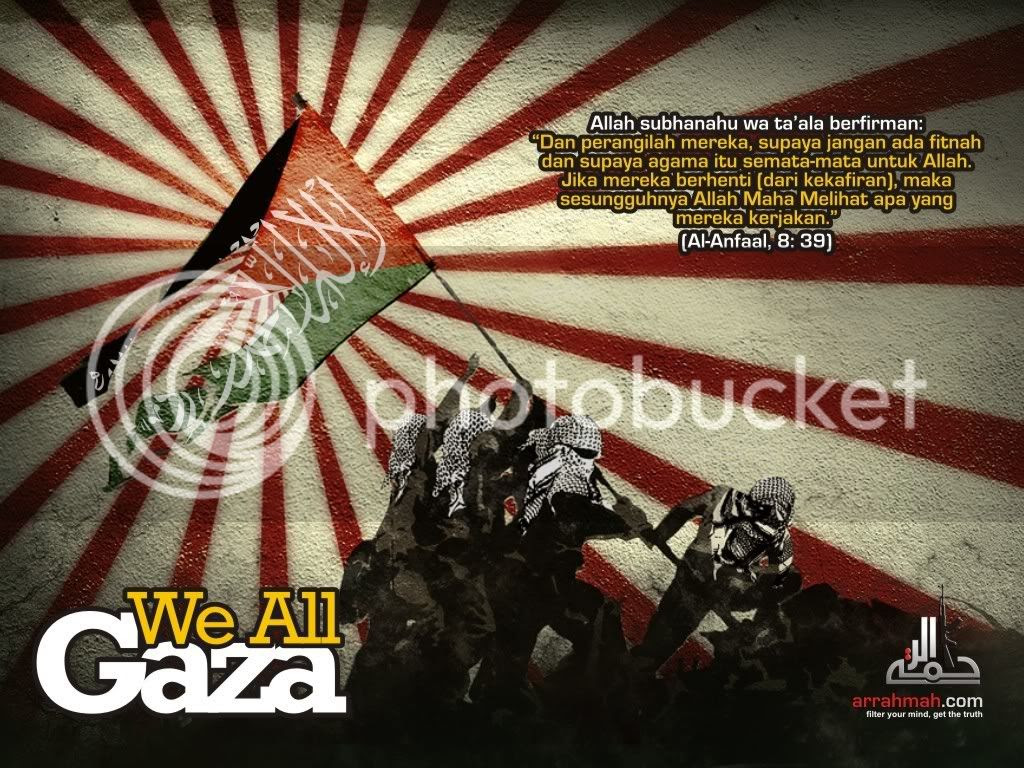 When the Zionists attacked us on 27th December 2008, they not only attacked Hamas, they not only attacked the Muslims of Gaza, they attacked Muslims everywhere. They attacked Islam in the hope that they will weaken it and ultimately destroy it and ummah of Muhammad صلى الله عليه وآله وسلم. And they will never stop here. They want the beloved Al Aqsa, they want the West Bank and believe me when I tell you that they want the whole of the Middle East. But they will never succeed. They will never remove the light of Allah inshAllah. Our situation is dire but our iman is strong Alhamdulillah, even though we have no water to speak of, and when we do, it is polluted and diseased. We have no money to buy mineral water.

When we find the money those that sell it say that it is too dangerous for them to travel out to get new supplies. We have no gas, and have not had for the last four months. We cook the little food we have on real fires that we have learned to prepare. Our men have lost all of their jobs. They spend their days at home now. My husband can spend a day just going from place to place just for the basic need of water. He usually returns empty handed.

There are no schools, no banks from which we can withdraw our money. Few hospitals are open for our wounded. You are constantly aware that you risk your life when you go out and when you are indoors. They give us a curfew between 1-4pm. We can go out, they say, in safety to get your supplies, but that is a lie. They have often used that opportunity to add more shuhadaa to their list.

We eat one day rice and one day bread. Meat and milk are a luxury. They are using chemical warfare in the areas which are on the borders. They are killing us by bullets and tanks and B52s, but they are also killing us slowly by starving our children, inflicting indescribable diseases with their chemical warfare and laughing as our suffering becomes prolonged and unbearable. All this and we are being told that people demonstrate all over the world. MashAllah the fact that you go to embassies and leave your homes makes us feel truly that we are not alone in our struggle. But you go home at night and lock your door. We cannot do that. I have to leave my home on the second floor every night and stay with my sister on the ground floor. Should there be an attack, it's quicker to leave from the ground floor.

But the ummah is asking where are the Muslim armies? Where is the victory? And where is our true leader who will save us from this death? Where are the armies of Salahadeen Ayubi? Do not look to the UN, they recognised Israel in 1949 as a state and sealed our fate as it is today. Do not turn to America or Britain, did they not invade our ummah in Iraq and Afghanistan. Call the armies in Egypt, in Syria, in Turkey, in Saudi Arabia, and Pakistan. In Bangladesh, in the Gulf, in Indonesia and in Libya where are they? Are they content to watch women scream for their help as they bury their young children? Are the screams of their sisters and brothers falling on deaf ears? We have a right to eat and drink in safety and security. We have a right to laugh and live in hope, do we not? Yes we are tired.

When we hear rockets and bombs and see planes that fly too close to our building, I scream with my young son and my husband feels helpless. The brothers will know what it must be like to feel helpless to protect the honour and lives of your family. It kills something of him inside. We often wonder when will they sell our land cheaply, will it take one thousand or two thousand deaths. We wait to see. The Israelis have started to plan where their settlements will be in Gaza. This is what we have become. In all this there is no one but Allah سبحانه وتعالى that can save us.

Don't forget us because you are all that we have now. Your sadaqaat is not reaching us, and when they open borders it only reaches a few who can do nothing with it because we risk our lives just to buy food. They will kill anyone, anyone even if he is a five year old child carrying food for his family. We want to live from the sweat of our men, not from the sweat of others because we are dying. Keep up the work of Allah and pray and work for the victory that will come soon and rescue our ummah everywhere inshAllah. May Allah سبحانه وتعالى make us steadfast in our deen, during struggle and during ease. Ya Allah bring us the victory soon and re-establish Islam as the authority by which we live, Ya Allah send us the sons of Salahudeen, the army of Islam to rescue Mohammed's صلى الله عليه وآله وسلم ummah from the oppression under which we live. Ya Allah protect our children and remove the zionists from our land. Ya Allah witness today that we account our rulers, we pray that you return our true leader the Khaleefah soon.