3 Signs That Your Man is Cheating
sources: YAHOO.COM

How do you know if you are dating a cheater?

You don't need to be a private eye to suss out these warning signs:

Revived Interest in Appearance: If your partner suddenly undergoes a makeover of sorts, in which he spends much more time on his appearance, it could mean that he is trying to impress someone new. If he all of the sudden ditches his old khakis and sweats for something more stylish, it might be because he is trying to look his best for a new woman.

Missing in Action: If there are large periods in which your partner is absent and unaccounted for, it could be because there are mischievous motives behind his AWOL behavior. Whether it is a run to the corner store that takes over an hour, or whether he is constantly "working late," a missing husband could mean something sinister.

Mysterious Texts or Phone Calls: If you notice mysterious texts or phone calls on your phone bill, or if your husband tries to hide the phone bill or his cell phone from you, it might mean that there is a new love interest in the rafters. Additionally, if he spends more time on the computer, or tries to hide the screen he was looking at when you walk in the room, this is a good indicator that he might be philandering via the worldwide web.

Of course, the best way to discover what your partner is up to behind your back is to communicate openly and honestly with him. Share your fears regarding his fidelity and try to discuss the matter before you go crazy with worry. 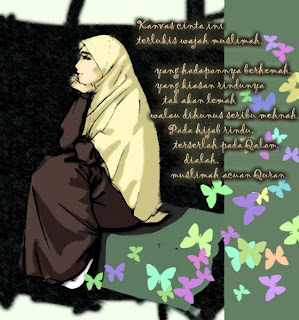 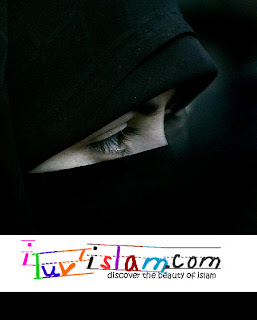 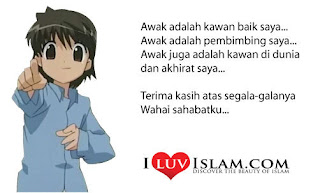 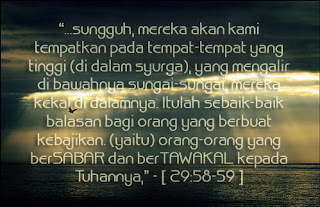 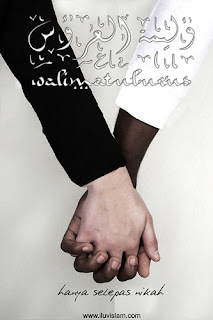 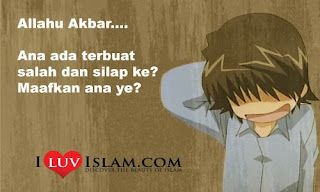 It takes a minute to have a crush, an hour to like someone, and a day to love someone, but it takes a lifetime to forget someone...
Aku HambaNya yang Lemah.. Najibah Ali ﾅｼﾞﾊﾞ detik kematian 1:59 PM 0 wahai manusia..berpesan-pesanlah..COMMENT me!

++ Quran in many languages..

Assalamualaikum and please read and open the link below for your info and further reading and understanding on AlQuran.


Do you want to read Quran in many languages and find the words meaning find this link and learn more...

I hope it be useful for many of us
Aku HambaNya yang Lemah.. Najibah Ali ﾅｼﾞﾊﾞ detik kematian 2:43 AM 0 wahai manusia..berpesan-pesanlah..COMMENT me!

A to Z Frenz forever.. 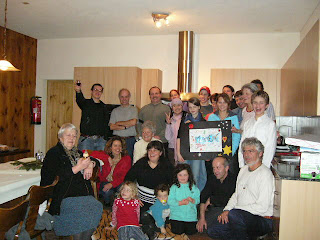 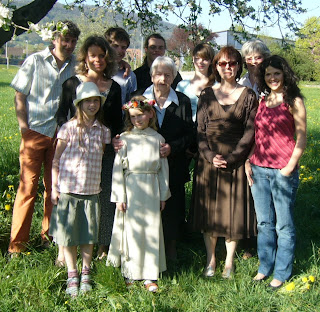 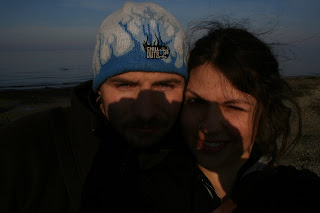 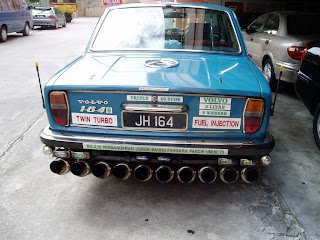 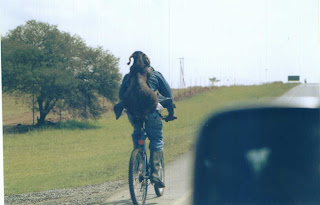 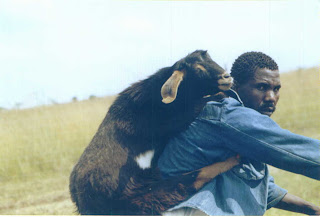 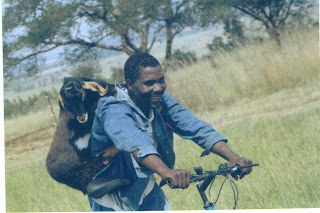 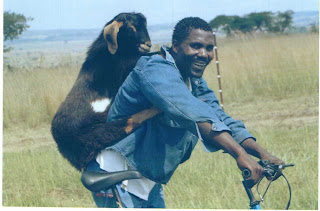 Will Follow Him English
lyrics by Norman Gimbel and Arthur Itman
Original lyrics by Jacques Plante
Music by J.W. Stole and Del Roma

Keep us away
Away from His love

Make sure our children do not sing this song......surprise right!!!;

++Hijab in Islam..Why It is Necessary?

Hijab (Hejab, Hijaab): Hijab (Islamic dress for women) supplementAllah (SWT) states in Holy Qur'an: "Not for (idle) sport did We create the heavens and the earth and all that is between! If it had been Our wish to take (just) a pastime, We should surely have taken it from the things nearest to Us, if We would do (such a thing)." Holy Qur'an (21:16-17)

Human beings must distinguish themselves from animals by decent and disciplined behavior. But how many of us take this life with the seriousness it deserves? All of us originated from one father and one mother and belong to one big family, but it is unfortunate that many of us live without any sense of collective responsibility. We are one community and the action of one-person will not only reflect on other individuals but also the whole community.

In no other religion in the world is human life to be considered to be so sacred that one man's murder is considered to be the murder of the entire human race, and whoever saves a life it is as if he had saved the lives of all mankind.

When Allah (SWT) commanded our sisters to observe Hijab, it was because of the universal damages that would be caused by refusing to observe it. It is not a matter of individual behavior, as many people may think. A woman going out exposing her charms attracts men, which sets off a chain of undesirable events, causing lot of harm to several people.

Thus, the indecent behavior of one person affects the community as a whole. Although the person, who originally caused the damage, is to be blamed for all the consequences, other members of the community are also responsible to some extent for allowing such a thing to happen. Therefore, it becomes a collective responsibility of all of us to ensure that such damages are not caused.

For example, some people were sailing in a boat, which they jointly owned when one of them stated making a hole in the place which was allocated to him in the boat.

When others tried to stop him, he argued that it was his part of the boat and he was free to do whatever he wished. But if he was allowed to continue, the boat would sink and all of them would be drowned.
Discarding Hijab will harm not only one's own self but also millions of others. Exposure of physical charm of our women may destroy many homes and cause innumerable rapes and murders for which we all are responsible.

It is pertinent to relate one of the several heart-breaking stories caused by discarding Hijab: A young innocent man, who saw the photograph of an attractive woman, was immediately infatuated by her physical charm. Unfortunately, he had neither wealth nor position to get closer to her. To fulfill his desire, he though of getting money quickly by any means and resorted to stealing.

Finally, he ended up in prison for robbing a few people and killing one.
Who is to be blamed for all the consequences but the person who caused them? Had that woman observed Hijab and refrained from displaying her attractions, these crimes would not have taken place.
Our Holy Prophet Muhammad (saw) has said that on the Day of Judgment, such people would be brought forward for trail on charges of quasi-crimes in which they had a share of responsibility. They would plead that they did not commit those crimes, but then they would be told that they removed their Hijab and attracted this person, which made him indulge in those crimes.

Allah (SWT) states in Holy Qur'an: "Except those who believe and do good and remember Allah much, and defend themselves after they are oppressed; and they who act unjustly shall know to what final place of turning they shall turn back." Holy Qur'an (26:227)

Liberation or SexploitationLook at the glossy cover of any magazine or advertisements on TV and newspaper, you will find that most of these advertisements have scantily dressed women in alluring poses to attract the attention of men. This proves that the Western society considers woman only as a sex symbol.

The liberation of women in Islam is far superior to Western liberation as it allows women to live with respect, dignity and equality in society.
Equality does not mean aping and behaving like men or dancing to their carnal tunes; that would be an act of inferiority in the face of one's own femininity.

A truly liberated woman always dresses decently and modestly. A true woman will never degrade her body and sell her dignity to the highest bidder. No woman is truly liberated if she is still the slave of her wayward conscience, bodily lust or infidelity.

However, in Islam, women, whatever their role as mothers, wives, sisters or daughters, command respect and have a constructive role to play in society. The Hijab itself gives an aura of freedom to the womankind, facilitating their movement and protecting them from provocation and wanton greed of the human wolves. Removal of the Hijab makes you vulnerable to the lust of men.

By removing your Hijab, you have destroyed your faith. Islam means submissi
on to Allah (SWT) in all our actions. Those who refuse submission cannot be called Muslims.

What is Hijab? (Hijaab (Muslim Veil), Hejab (An Act of Faith), Islamic dress for women)

There are many sisters who have failed to understand the actual meaning of Hijab. Hijab technically means covering. Islam desires the preservation of social tranquility and familial peace. Hence, it asks women to cover themselves in their inter-actions with men, whom they are not related to.

Why is Hijab necessary? (Hijabs, Hijab Pictures, Hijab Girls, Hijabi Fashion)
The dangerous consequences of the Western culture of nakedness and permissiveness are before us. We should think twice before blindly trying to imitate Western life-styles.

How should women observe Hijab correctly?

Basically, the dress of ladies should cover the whole body except the face and hands (i.e. palms and fingers). Hair should not be exposed because Islam considers it as half of the total beauty of women. The Hijab could be of any form and color, a one-piece chader or a three-piece ensemble, as long as it is not tight fitting and does not attract people's attention.

Baseless objections against Hijab
Hijab seeks to imprison women: Those who feel that Hijab imprisons women should refrain from living in houses because it is nearer to a prison than Hijab.
Hijab subordinates women: In fact, culture, which promotes nakedness, takes people nearer to the culture of animals. Wearing the Hijab, on the contrary, liberates women from the trap of Western fashion and maladies. It gives them greater, rather than less freedom and mobility.
Why only women? Science has confirmed that visual stimulation plays a predominant role in the physiology of men compared to women. The fact that the sex-industry in the West is targeted towards the male-market confirms it.

Victims of Ridicule: Some of our sisters come up with the excuse that the non-believers laugh at them if they observe Hijab and they feel degraded. They may laugh for a little while but after some time they will have no choice but to respect the Muslim women observing Hijab for their discipline, which could not be shaken, by their little laughs.

Let us not forget the famous phrase: The one who laughs last laughs the longest.
Beauty is meant to be appreciated: True! But only by the husband. Hence women who truly love their husbands would never wish to be seen in public without Hijab.

What are the disadvantages of discarding Hijab?
Becoming an easy target of anti-social elements.
Causing great stresses, insecurity and suspicion in the minds of husbands, ultimately disturbing the familial harmony.

Instigating young people to deviate towards the path of lust and immorality.
Giving rise to cases of divorce, adultery, rape and illegitimate children.

What are the advantages of observing Hijab?

Confidence in social participation as human being and not as sexual commodity.
Guarding one self from the lustful looks of men.
Not diverting people's attention from constructive social work.
Improving the moral character of the society.In conclusion, women can achieve true dignity and experience true emancipation by observing Hijab and not by discarding it.

Hijab (Modesty) is also for Muslim Men"Say to the believing men that they cast down their looks and guard their private parts; that is purer for them; surely Allah is Aware of what they do." Holy Qur'an (24:30)

To cast down one's glance, means not to look in a fixed way, not to stare. The sentence means, "Tell the believers not to stare at or flirt with women."

Allah (SWT) has given equal rights to both men and women; He forbids either sex claiming supremacy over the other. Allah (SWT) states in the Holy Qur'an: "The most honored of you in the sight of Allah is (he who is) the most righteous of you." Holy Qur'an (49:13)
Aku HambaNya yang Lemah.. Najibah Ali ﾅｼﾞﾊﾞ detik kematian 7:15 PM 0 wahai manusia..berpesan-pesanlah..COMMENT me!